The site is secure.
The https:// ensures that you are connecting to the official website and that any information you provide is encrypted and transmitted securely.

This data set consists of phenological transition dates, as derived from direct observations of vegetative and reproductive phenology recorded by a human observer, from the SPRUCE experiment during the 2+ years (August 2015 through December 2017) of whole-ecosystem warming. For 2016, only springtime (April - June) phenological events are included. For 2017 (April - December), spring and autumn events are included.

Beginning in April 2016, human observers have been directly tracking the phenology of both woody and herbaceous species on a weekly schedule within the SPRUCE experimental chambers. The observed date report here is the first survey date on which an event/phenophase was definitively observed. 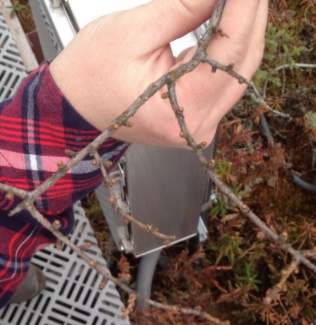 An official website of the U.S. Department of Energy and the USDA Forest Service